In order to stay enforcement of a civil judgment, state and federal laws generally require security to be posted with the court by the judgment debtor to protect the judgment creditor, and one of the most common forms of security used is supersedes bonds. Supersedeas bonds, also known as appeal bonds, are a type of surety bond, which is a contract between three parties whereby the issuer of the bond guarantees the performance of their customer, called the “principal”, to a third party called the “obligee”.

The surety industry is very small, representing only about 1% of the overall insurance industry, and there are a limited number of surety companies in the marketplace. In 2020, the top 10 surety companies had 60% of the market share. Surety companies vary in the size bonds they are willing or able to provide based on regulatory constraints and risk appetite.

How to Know if a Surety Company is Court Approved

Most federal district courts have local rules requiring the surety company to be listed on the U.S. Department of Treasury’s List of Approved Sureties. Furthermore, the Department of Treasury sets an underwriting limitation for the single-size bond a surety can write without protecting the excess amount as specified under 31 CFR 223.10-11.

We annually update the U.S. Department of Treasury’s List of Approved Sureties on our website as a resource that can be found here.

Surety companies for state courts are generally regulated by each state’s Department of Insurance. Generally, states have a process for licensing and admitting insurers to provide certain types of insurance such as surety, and you can typically verify whether an insurer is admitted by looking up the insurer on the Department of Insurance website.

Supersedeas bonds that don’t meet these requirements may be challenged by the opposing party causing delays with staying execution of the judgment and possibly opening up the appellant to enforcement actions that they were seeking to avoid by filing a bond.

Other Considerations When Selecting a Surety

Like other insurers, surety companies are rated for their size and financial strength by the rating agency A.M. Best. While it may not necessarily be required by federal or state law, it is important to only use sureties that are rated at least “A-“or better, because any lower grade, ratings of B or C for example, could be an indication the surety is having underlying financial challenges. This opens up the possibility that the other party could contest the sufficiency of the surety and request a replacement bond, which would cost the appellant another premium if approved by the court. Worse yet, it could tie up the appellant’s collateral if the surety failed and entered into bankruptcy.

While these details may appear small, they can have a large impact particularly with high-stakes appeals. This is why it is important to work with an expert not only in surety, but one that specifically focuses on appeal and supersedeas bonds. At CSBA, we only work with Department of Treasury listed and “A-“ or better rated surety companies.

Dan Huckabay  is President of Court Surety Bond Agency (CSBA) located in Orange, California. CSBA is a leading surety broker specializing in appeal bonds nationwide. He is a member of the ABA’s Council of Appellate Lawyers and frequent presenter and author on the topic of appeal bonds. He has also served as an expert for various cases involving appeal bonds. Dan can be reached at (877) 934-1773 or Dan@courtsurety.com. 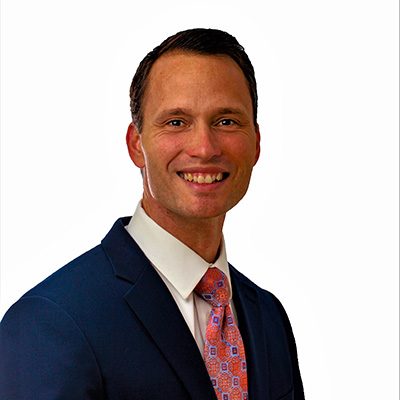 GET A QUOTE
PrevPreviousU.S. Supreme Court Rules in San Antonio v. Hotels.com
NextHow to Get an Appeal BondNext
Scroll to Top